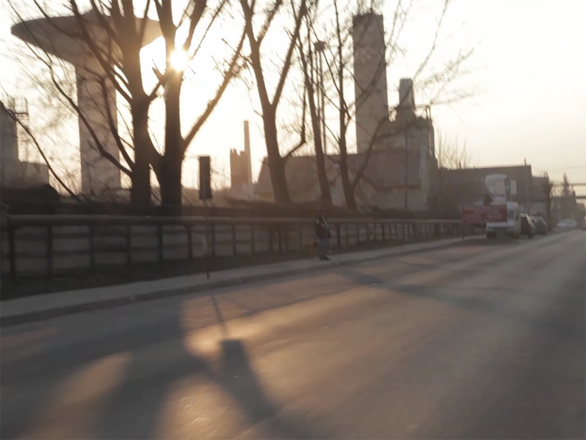 Following the line of arguments

Following the line of arguments is an installation encompassing an essay film, a tilting wall, a soundless projection and a photo series. Together they form a fragmented attempt to spatialize the local contexts of globalization and flexibilization in work environments by means of their display. Therefor, the strategy of the Nokia company, which relocated its manufacturing facilities in a profit-oriented manner from Bochum to Cluj to Hanoi at intervals of only a few years, formed a central point of departure. The essay film Strada Fabricii and the mute projection POI juxtapose the street surfaces that distinguish the newly constructed street around the Nokia factory from the old "street of the factory" in Cluj - along with their resonating or suppressed sounds, stories, and threads.