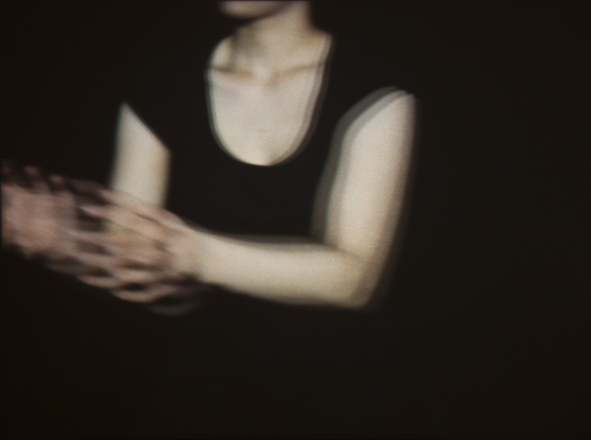 Gesten einer Arbeit was shown as an installation at GfZK Leipzig (2015) with a 16mm projector that repeats the movements of a woman in a soundless loop. In an earlier installation (Herne, 2012) it was shown with three projectors in a row. The moving images show re-performed gestures of a worker that she repeatedly carried out during her 20 years of employment in a factory. In the reenactment, the former tools and hardware are missing and the body releases/reanimates the inscribed movements years after the closure of the factory. In the installation, the projection reveals the technique of body memory in relation to the apparatus which administers the technique.